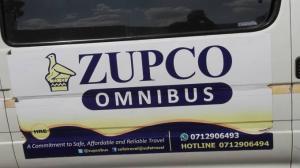 The strike by ZUPCO drivers forced hundreds of commuters to walk to and from town, braving driving rain and chilly weather conditions.

Some members of the public had to resort to Mushikashika – illegal taxis and kombis which are not under the ZUPCO franchise.

One of the drivers who spoke to NewZimbabwe.com on condition of anonymity for fear of victimisation said:

Today we decided not to report for duty because the company is taking us for fools.

We haven’t been paid since December 14 and when we try to engage the management, they don’t give us a satisfactory answer, they always beat around the bush.

ZUPCO  is the sole licensed public transport provider in the country but it is failing to cope with transport demand due to an acute shortage of buses. Some of the ZUPCO buses are old and a danger to commuters.

In March 2020, the Government banned private transport operators from serving urban routes thereby creating a ZUPCO monopoly ostensibly to curb the spread of the coronavirus.

Where will u get it?Only an educated person carries e money,he/she can't risk her certificate becoz of money way less than $1000...a conductor ... Zupco drivers enjoy ration ..they enjoy umphathiswa ...

CCC everywhere
Yellow is the colour
💛

I blame ZANU POOF FOR THIS....