ZSE-Listed Companies In Trouble Over Shares 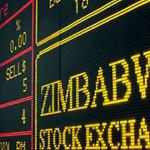 Six business tycoons and one institutional investor have filed a High Court suit requesting it to overturn fresh directives made by capital markets regulators regarding the operation of central securities depositories (CSDs).

CSDs are specialised financial services firms that keep securities like shares on behalf of investors, allowing ownership to be easily transferred through a book entry rather than transfer of physical certificates.

This allows brokers and financial companies to hold their securities in one location where they can be available for clearing and settlement, mostly electronically.

Chengetedzai Depository Company Limited was a near-monopoly in the lucrative CSDs space until the Securities and Exchange Commission of Zimbabwe (SECZim) gave the ZSE the green light to set up its own CSD in 2015.

High Court papers indicated that following a 2015 SECZim directive for the ZSE and Chengetedzai to activate the migration of registers between their CSDs, there has been resistance by some investors, including applicants to the case.

They have argued that they held contractual agreements with Chengetedzai to handle their shares in at least 10 listed firms.

Montgomery Holdings and six individual investors, acting as applicants in the case, want the SECZim directive to be suspended pending a determination of its legal validity by the High Court.

They are also arguing that SECZim violated the Companies and Other Business Entities Act in its directive.

The applicants also argue that shares in the firms remained the property of investors, and no one should decide on the migration of the shares without their consent.

They say SECZim’s directive violated Section 3 of the Administrative Justice Act, which compels an administrative authority to act lawfully, reasonably and fairly.

However, some of the 10 listed firms, the regulator and the ZSE said the applicants had rushed to the High Court before exhausting internal channels.

High Court Judge Philda Muzofa, in a ruling delivered last week, struck the matter off the roll of urgent matters.