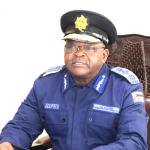 The Zimbabwe Republic Police (ZRP) has announced that the Commissioner-General of Police, Tandabantu Godwin Matanga has re-assigned Deputy Commissioner Generals in the Police to new portfolios as shown below. The re-assignments are premised on enhancing the force’s performance. Pindula News presents a statement issued by police national spokesperson, Assistant Commissioner Paul Nyathi on the re-assignments:

RE-ASSIGNMENT OF DEPUTY COMMISSIONER GENERALS IN THE ZIMBABWE REPUBLIC POLICE

The Zimbabwe Republic Police advises the public that the Commissioner-General of Police, Tandabantu Godwin Matanga has re-assigned Deputy Commissioner Generals in the Police to new portfolios as listed.

The re-assignment is part of the Zimbabwe Republic Police’s Human Resource Policy of enhancing performance in the organisation, ensure versatility among the senior officers, tapping into the senior officers’ experience as well as expertise, job rotation and the need to meet new policing demands as the country gears for Vision 2030.

It was supposed to be Retired instead of Re-assignment.These people including the Commissioner General are old guards.

POLICE COMMISSIONER GENERAL TANTABANTU GODWIN MATANGA HAS DONE A SPLENDID JOB BY TRANSFERRING HIS DEPUTIES IN THEIR PORTFOLIOS. IF SOME PEOPLE OVERSTAY IN ONE PORTFOLIO, THEY BECOME CORRUPT.

I AM MENTIONING THE CORRUPTION ELEMENT BECAUSE ASSISTANT COMMISSIONER PAUL NYATHI HAD EVADED OR FORGOT TO MENTION THAT CORRUPTION IS ALSO A REASON FOR JUGGLING THE DEPUTIES.

Iwe Bush Lawyer dont just say well done. Iye Matanga should have re-assigned himself as well. Armed robberies have been on the rise during his tenure.