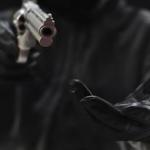 The Zimbabwe Republic Police (ZRP) has announced the arrest of armed robbers for a series of robbery cases committed in and around Harare between September and November 2021. Read a police statement:

The suspects together with seven others, who are still at large, would pounce on unsuspecting homeowners while armed with unidentified pistols before tying the complainants with shoelaces, ropes or electric cables. The suspects would then threaten their victims with pistols while demanding cash and other valuables.

The suspects are linked to three counts of armed robbery cases which occurred in Kuwadzana Extension, Eastlea and Unit 3 Chitungwiza, where they stole property ranging from television sets, decoders, cellphones, groceries and two vehicles, a Honda CRV and Nissan Sylph, all worth over US$31 500-00.

Police has since recovered the two stolen vehicles, three blankets, two cellphones and a television set from the suspects and comprehensive investigations to link the suspects to other robbery cases are underway.

The Zimbabwe Republic Police reiterates that there is no going back in efforts to account for all robbery suspects in the country.

Until they gazzette a law that whoever is arrested for armed robbery no bail and set up special courts for such cases. The spiral of armed robberies wong end any time soon

US$0 Harare
Tihove 5 months ago

Thou shalt not steal.