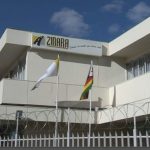 Some of the officers from the three departments reportedly pocket at least US$200 a day from their corrupt deals.

Speaking during the International Anti-Corruption Day commemorations in Harare last week, ZACC chairperson Justice Loice Matanda-Moyo revealed that the three state entities were under surveillance by ZACC and other law enforcement agencies. She said:

VID, ZINARA, and police have normalised corruption. They are now the most corrupt departments in government.

We are seized with this cancer and quite a number of the employees in these state departments have been arrested in recent months.

At the Shurugwi tollgate, we had to arrest all workers stationed there as they using ZINARA swiping cards and pocketing state money.

Police officers manning the roadblocks are also corrupt as they are taking bribes from the public.

This has caused loss of life through road traffic accidents because they allow even vehicles, which are unroadworthy to pass through roadblocks.

Some people are packed like sardines in small vehicles aiding the spread of COVID-19.

Matanda-Moyo implored members of the public to refrain from paying bribes to law enforcement agents since they receive salaries from the government.

She, however, warned state employees against engaging in corrupt deals saying those found on the wrong side of the law will be arrested and prosecuted.

I think zimra should be at top

Where exactly have we gone wrong as a nation?, Kubva zvakatanga kunzi nyaya inotongwa zvichienda nekuti wabva kumba kwaani, its a west of time and money having these useless commissions, coz its a known factor that as ZACC you have limited access to some offices

Where exactly have we gone wrong as a nation?, Kubva zvakatanga kunzi nyaya inotongwa zvichienda nekuti wabva kumba kwaani, its a west of time and money having these useless commissions, coz its a known factor that as ZACC you have limited access to some offices

Ko, organization yenyu iri panhamba ani? Vanotungamira ma University emuno vese vakachena here amai? Kana musingavachenese sei musingambovasunge? Ivo veku ZINARA nevamwe vese vamataura makazoitei navo? I think more prosecutions are required as opposed to consistently and constantly updating the nation on the scale of corruption obtaining in the country! We all know that there is serious corruption in this country. In my humble opinion, the main issues should be: Is your organization bringing all perpetrators to book? Are you encountering any interferences in your work and quest to bring high profile criminals to court? If so, why don't you use all available laws to deal with the corrupt in this country? To name just one, the Prevention of Corruption Act is loaded with clauses that empower your organization to make significant impacts on kupedza huori!

Quite obvious. We all kno dat

Good to know that ZACC but is your job jus to tell us or to arrest ,why can't you arrest them that's politics