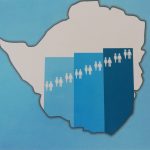 The Zimbabwe Statistic Agency (Zimstat) says they have put measures in place so that the results of the national population and housing census are credible.

This was in response to Bulawayo Provincial Affairs and Devolution Minister Judith Ncube who had called on Zimstat to ensure that they produce population census results that are a true reflection of the number of people in the Matabeleland Provinces.

Zimstat Director-General Tagoma Mahonde said the ongoing field mapping is a good base that they will build on to ensure census results. He said:

On the issue of accuracy of the results, we have put measures in place and the first one is that we have done the field mapping which is a systematic approach to ensure that we do things accurately.

Number two, during the days of the census we are going to be interactive and available to take queries and complaints. That is why we are here, we are creating linkages with the local leadership.

So, the local leadership will be part of the structures of the provincial census committee.

We want everyone who feels that something did not go well to contact us and we will comply. And then on the systems aspect, we actually have a dashboard which we would be using.

During the mapping exercise, we were visiting every household and took all the GPS coordinates of all the structures that are available.

When enumeration is being done, we would be able to pick whether this area has been covered or not.

We have got a good base which has been constructed by the field mapping exercise.

Zimstat will conduct the national population and housing census next year from April 21 to April 30 that will provide new figures for the country`s demographic, social, and economic profile.