ZIMRA Remits US$40 Billion To Treasury Since 2001 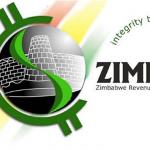 The Zimbabwe Revenue Authority (ZIMRA) has been commended for its role in domestic resource mobilisation (DRM) at a time when international funding has dwindled.

Among the revenue authority’s key milestones have been the facilitation of exports worth US$58 billion and imports worth US$86 billion since 2003.

Since 2001, the Government has been setting a target for ZIMRA to collect an average revenue of US$1.84 billion every year and authority obliged by surpassing the targets after US$1.99 billion was collected every year.

Official figures show that ZIMRA only missed the revenue target by small margins in 2001, 2009, 2014 and 2016 due to different internal shocks that the revenue collector had to grapple with.

Cumulatively, ZIMRA managed to contribute a total of US$39.8 billion to the national purpose from 2001 to 2020.

Since 2001, ZIMRA has helped the country stand on its feet by providing over 90 percent of the country’s budgetary resources annually.

Coincidentally, the birth of the ZIMRA in 2001 coincided with the imposition of sanctions by western imperial forces on Zimbabwe which took effect in 2002 resulting in lines of credit being cut off by many development partners.

As most of the international credit lines closed when the sanctions were imposed on Zimbabwe, ZIMRA became key in domestic resource mobilisation which ensured that budgetary funding gaps were closed to a greater extent.

ZIMRA is a product of Government reform and modernisation processes, which saw the amalgamation of the then Department of Taxes and the Department of Customs and Excise into one Revenue Administration.

It has grown to become critical in DRM enabling the Government to spearhead education, healthcare, water, and infrastructure development projects across the country.

Analysts believe the authority could be collecting more revenue if tax evasion and the sponginess of borders and other issues causing revenue leakages have been fixed.

Do that 5 months ago

job well done ZIMRA but the only way to collect more revenue,is to implement austerity measures at borders and to make sure that there are no loopholes