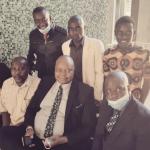 Project Vote 263 chairperson and student activist Allan Chipoyi had his scholarship with the Zimbabwe Council for Higher Education (ZIMCHE) cancelled under controversial circumstances.

According to Project Vote 263, a local newspaper wrote an article accusing Chipoyi of working with opposition parties to remove the government and this could be the reason why the scholarship was withdrawn. They Tweeted:

Sad to report that our Chairperson (@AllanChipoyi)’s scholarship with ZimChe has been cancelled, for allegedly fronting opposition interests, this comes after the “The Patriot Zim newspaper” wrote an article accusing him of working with opposition parties to remove the govt.

On 3 March this year, Chipoyi was one of four students who were arrested for participating in a protest calling for a fair bail ruling for the president of the Zimbabwe National Students Union (ZINASU) president Takudzwa Ngadziore and the union’s secretary-general Tapiwanashe Chiriga, University World News reported.

The protest was sparked by magistrate Vongai Guuriro-Muchuchuti’s decision to deliver the bail ruling on the two’s bail application three days after the matter had been heard.

Chipoyi was arrested alongside Falon Dunga, Pritchard Paradzayi and Glown Magaya. They were charged with participating in a gathering with intent to cause public violence and were all released on ZWL$5 000 bail two days later.