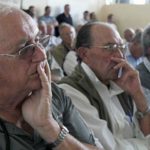 National spokesperson of the National Patriotic Front (NPF) Jealousy Mawarire, who was a close ally of the late former President Robert Mugabe, said that the government’s fast track land reform programme which was launched at the turn of the millennium was speared by the military to create what they called “liberated zones”.

Mawarire claimed that the ruling ZANU PF party considered losing the 2000 elections to the opposition MDC a distinct possibility and the war veterans and security service personnel who took over farms did so in preparation for such a possibility.

Mawarire said this in response to a Twitter user, Mbuya Gudo from Dotito, who had said the then president, Robert Mugabe launched the land reform programme in 2000 to punish white farmers for allegedly sponsoring the “No Vote” in the constitutional referendum. Said Mawarire:

You are correct mbuya. However, what hasn’t also been told is that the fast track land reform was a military operation to create “liberated zones” in commercial farm areas in preparation for a Zanu-PF defeat in the 2000 & 2002 elections.

The war vets & security service personnel who took over farms were supposed to keep them as “liberated zones” in preparation 4 a Zanu-PF come back in elections after 2002.

So yes, there was the need to get back at white farmers who openly supported MDC but the primary reason was to take the farms & create “liberated zones” in case Zim was going to have an MDC govt.

The farms were the last vestige of colonial occupation & Mugabe felt he had to “free” them before the MDC took over govt.

The liberated zones (farms) were meant to be the base from which Zanu-PF would launch a come back in the event they lost the 2000 & 2002 elections.

There was an understandable belief that the MDC had a huge war chest from the Westminster Foundation that Zanu-PF could not match & the Constitutional Commission Yes-Vote defeat removed any doubt that Zanu-PF could lose the 2000 parliamentary & 2002 presidential elections hence the need to liberate the farms & finish off the liberation struggle b4 MDC took over govt.