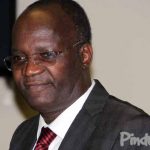 Moyo received a public backlash on social media after he suggested that the US$120 000 raised by Zimbabweans in the diaspora for the purchase of a bullet-proof car for MDC Alliance leader Nelson Chamisa be diverted towards training polling agents for the 2023 elections.

Posting on Twitter, Moyo described the decision to purchase the bullet-proof car as “irrational”, saying the MDC Alliance should prioritise enhancing its institutional and administrative capacities. He wrote:

The one major reason why Zimbabweans, as a body politic, are ill-prepared to deal with the country’s deteriorated political conditions is that they are balkanised by the politics of affection; driven by principals over principles, wherein personalities always trump up ideas!.

As a telling example of the toxic tragedy of Zimbabwe’s politics of affection today, last week I found myself in the ire of cultic anger after I dared challenge the wisdom of the US$120 000 GoFundMe for a VIP bulletproof car for @nelsonchamisa.

Notably, the trolls did not offer much of an argument nor really want me to explain myself; all they were about was to demonise me, as a person.

Objectively speaking, it’s irrational for a party with no institutional capacity and in desperate need of administrative support, within the calendar cycle of a general election, to prioritise the purchase of a VIP bulletproof car for its leader.

Meanwhile, MDC Alliance spokesperson Fadzayi Mahere said the fundraising drive was not a party initiative and citizens have the right to set their priorities. Said Mahere:

The fundraising we have seen by the diaspora across the world is citizen-driven not party-driven.

The citizens have the right to set their priorities and take action in the manner they see best to support the struggle.

The clear message from the people is that they will own, scaffold and support the struggle.

They will stand shoulder to shoulder with Chamisa and the movement as we face persecution.

The fundraising campaign was launched after Chamisa’s convoy came under attack during his meet-the-people tours in rural areas in October.

MR MOYO, MAY YOU KEEP QUITE WHEN WE ARE TALKING ABOUT MDC ALLIANCE. YOU ARE ONE OF THEM(ZANU PF). LET THE MDC ALLIANCE DO WHAT THEY WANT ABOUT THERE PARTY. YOU CAN JOIN THEM OFFICIALLY IF YOU LIKE

DON'T HESITATE TO JOIN. WE ALL KNOW THAT YOU ARE A ZANU PF CADRE. IT'S ONLY THAT YOU MADE A GOOD MISTAKE BY FIRING ED FROM THE PARTY THAT HE FOUGHT FOR AND NOW YOU ARE JUST HIRING HATRED FOR ALL THE OPPOSITION PARTIES TO BE AGAINST ZANU PF

DID YOU PLAN THE GO FUND ME WITH THEM
STUPID POLITICIAN

WHOM DO YOU THINK YOU CAN FOOL