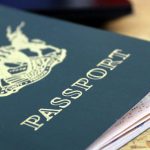 Zimbabweans living in South Africa whose exemption permits are set to expire in December this year say they want that country’s government to state its position on the issue sooner rather than later so that they can plan accordingly.

About 300 000 Zimbabwean nationals are holders of the Zimbabwe Exemption Permits (ZEPs) that allow them to live and work in the neighbouring country.

The biggest challenge is these permits have been extended or rather, were actually issued for the first time in 2010.

Of course now 11 years down the line, the South African government has not communicated, as to whether it intends to renew the permits or not yet there’s an expectation it would renew them.

If the government has decided it is not going to renew those permits obviously, it would have to inform people in advance.

The South Africans may not even rely on the fact that the permits expire in December, so people expect or start to move because of a legitimate expectation born out of the times that permits have been renewed.

He further noted that if the South African government decided not to extend the ZEP, it ought to have informed the affected people well in advance. Said Sibanda:

They should have said this time, we are not going to renew those permits so that people can make alternative arrangements.

As a result, we are looking at a situation now where people are unsure as to what is going to happen.

Even when people have lease agreements or bank accounts, will these close, end or have such contracts terminated at the end of this year, because no one will want to enter into a contract with people whose permits are expiring at the end of the year.

Come over and vote mozodzokera