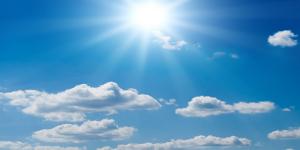 As the remnants of the Tropical Depression Ana exited the country through the north-western parts of the country, it reinforced the Inter-Tropical Convergence Zone to the south of Zambia and resulted in heavy rain in Mashonaland West into Mashonaland Central.

The highest amount noted was 185mm at Mashumbi Tsetse Control in Mbire, followed by 75mm and 45mm in Guruve and Mvurwi respectively.

However, the atmosphere is becoming less moist as these systems become less active.

Warm conditions are anticipated by day becoming mild towards evening. Areas such as the southern districts of Masvingo and the southern part of Manicaland are expected to be briefly cloudy with light showers and a light breeze time and again.

Briefly cloudy and warm conditions with scattered afternoon thunderstorms are expected in areas to the north of the main watershed.

Windy and brief cloudy periods are anticipated in Beitbridge, Mwenezi, Chiredzi and Chipinge Districts as windy and mild conditions spread northward into Masvingo, Matabeleland South and Manicaland Provinces (areas to the south of the main watershed).

It should be mostly sunny and warm in areas along the main watershed, though brief cloudy periods and isolated showers remain probable.

Mild mornings and evenings should permeate the entire country.