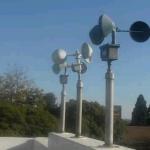 It was cloudy over much of the country, with scattered thunderstorms. Notable falls were at Nyanyadzi (37mm), Bikita Agritex (35mm), Matopos (28mm), Kariba(24mm), Murehwa Agritex (20mm), Chisumbanje (18mm), Buhera (18mm and Karoi (17mm) yesterday. Meanwhile, pressure is slightly rising over the southeast coast of South Africa.

It should be mostly cloudy in the northern half of the country namely (Midlands Province Matabeleland North Province, all the Mashonaland Provinces, Harare Metropolitan Province and northern parts of Manicaland Province) with scattered afternoon or evening thunderstorms.

The southern half of the country which includes, Matabeleland South, Bulawayo Metropolitan, Masvingo and southern parts of Manicaland Provinces should be mostly cloudy with intermittent rain and drizzle.

It should be mild at first becoming warm by afternoon with a predominantly north-easterly airflow.