Zimbabwe To Spend US$200 Million On Power Imports 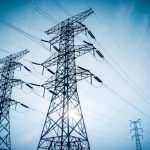 An official in the Ministry of Energy and Power Development has said Zimbabwe will spend about US$200 million on power imports this year.

The imports are meant to bridge the deficit created by depleted internal production.

Gloria Magombo, the permanent secretary in the Energy Ministry told Standardbusiness that while imports were helping to power the economy, expansion projects currently underway would transform Zimbabwe into a net exporter. Magombo said:

The country needs between 50 megawatts (MW) and 400MW of power to cover peak and standard demand and also depending on how the internal generation is doing, the bill will vary from US$10 million to US$18 million a month…

New generation capacity projects are under construction and some are being commissioned. These include the Hwange 7 and 8 coming online by 2022, independent power producers, about 60 megawatts by end of year whist others are at different levels of project development.

In the past few months, local power utility, the Zimbabwe Electricity Supply Authority (ZESA) reintroduced load shedding to save power.

Both domestic and industrial consumers have suffered load shedding of up to 10 hours a day.

Zimbabwe imports electricity from regional peers, South Africa and Mozambique, as well as generally through the Southern African Power Pool (SAPP), a grouping of the region’s major power stations.

Magombo speaks as foreign currency shortages that have unsettled the market for over three years continued, with authorities calling for import substitution products to reduce exportation of the United States Dollar.