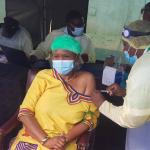 Zimbabwe is set to achieve herd immunity against the coronavirus disease of 2019 (COVID-19) by next month, Health and Child Care Deputy Minister John Mangwiro has said.

He said this during a question-and-answer session in the National Assembly on Wednesday.

Mangwiro revealed that presently almost 40 per cent of the population has been fully vaccinated, saying the vaccination of those aged 16 and 17 will be intensified. He said:

I must say that by year-end. Right now, we are almost at 40 per cent, because the last two weeks we were at 38 per cent.

… In the same vein, we have said as Government, those between 16 and 17 can now be vaccinated and most of them are our Form Four to Upper Six students.

These make up a large number of our population – we all know that Zimbabwe’s population is mainly the young ones.

So, we are out to vaccinate these young people within the shortest space of time, maybe in the next two to three weeks, we are going to schools to vaccinate them on site.

In April this year, Vice President Constantino Chiwenga, who also doubles as Minister of Health and Child Care, said the country aims to achieve 60 per cent herd immunity from COVID-19 with the vaccination of 10 million people by the end of 2021.

So far, 3 422 734 people have received their first doses of mainly the Chinese Sinopharm and Sinovac vaccines.

2 678 090 of those vaccinated have received both jabs since the vaccination programme was launched in March this year.

Mathematical,Zimbabwe is not going to achieve the herd immunity by December.