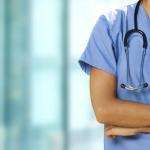 The government has turned to retired nurses and training of Primary Care Nurses (PCNs) as a solution to the massive brain drain currently bleeding the country’s health sector.

Research has shown that midwives, theatre and registered nurses, among other critical staffers, are leaving the country en masse for greener pastures.

To deal with the headache of a disgruntled workforce, the government set up an inter-ministerial committee that proposed to incentivise health workers with non-monetary enticements that include staff accommodation, transport, vehicle loans, meals and Wi-Fi facilities.

However, most of the staff in the public health sector have rejected the offer saying they want a salary increment as their needs cannot be addressed by the package being offered.

The pressure has reportedly compelled the government to turn to retired nurses to help calm the situation. Health Services Board public relations officer Tryfine Dzvukutu confirmed the development. Dzvukutu said:

To deal with the problem of nurses leaving the service, the government has embarked on service-wide recruitment of retired nurses up to the age of 70. So far we have recruited 88 retired nurses.

The appointments of former health workers re-joining the service have also been decentralised. Additionally, graduating students from public nurse training institutions and local universities are also being integrated into the system.

An official source privy to the developments said the government is recruiting Primary Care Nurses (PCNs) in a desperate bid to deal with the staffing situation.

However, doctors who spoke to the Independent said recruiting PCNs as an alternative to Registered General Nurses (RGNs) was ill-advised as PCNs mainly cover rural areas yet critical staff leaving our institutions are mainly concentrated in towns and urban centres.

FROM MY OBSERVATIONS THERE ARE TWO MINISTRIES WHICH HAVE BEEN HIT HARD BY THE BRAIN DRAIN. THESE ARE MINISTRIES OF HEALTH AND CHILD CARE AND BOTH MINISTRIES OF EDUCATION.

YES, AS SOON AS VICE PRESIDENT TOOK OVER, ALL STRIKES BY DOCTORS AND NURSES STOPPED. BUT BRAIN INCREASED INTENSIVELY AND EXTENSIVELY ACROSS THE COUNTRY. THE ZIMBABWEAN GOVERNMENT PERSUADED SOUTH AFRICA TO STOP RECRUITING ZIMBABWEAN HEALTH PERSONNEL WHICH IT DID, BUT DOCTORS AND NURSES DID NOT STOP GOING TO AUSTRALIA, UNITED STATES OF AMERICA AND ENGLAND.

THE ROUTE CAUSE OF THIS PROBLEM IS NOT INCENTIVES LIKE ACCOMMODATION, TRANSPORT OR LUNCHES AT WORK. DOCTORS AND NURSES WANT SALARY INCREMENT SO THAT THEY CAN SEND THEIR CHILDREN TO SCHOOL AND HELP RELATIVES WHO MAY FALL IN PROBLEMS. THEY CAN NOT DO THAT WITH GOOD ACCOMMODATION, FREE LUNCHES OR FREE TRANSPORT !!!!!

ZIMBABWE SHALL LIVE WITH THIS PROBLEM UNTILL IT FIXES THE ECONOMY, ERADICATES CORRUPTION WHICH IS DEEPLY ROUTED AND STOP BLACK MARKETEERS.

YOU THEREFORE MUST BE PERFECT, AS YOUR HEAVENLY FATHER IS PERFECT. [MATTHEW 4:48]

No sector is more crucial than other sectors.