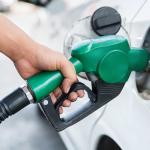 Police in Nyanga have busted a fuel syndicate that was smuggling fuel from Mozambique into Zimbabwe.

Fuel in Mozambique is relatively cheaper compared to Zimbabwe.

This comes as motorists are complaining that some fuel dealers in the country are not accepting the Zimbabwe dollar despite being beneficiaries of the Reserve Bank of Zimbabwe foreign currency auction system.

Treasury recently hinted that it will be engaging the National Oil Infrastructure Company (NOIC) of Zimbabwe for the importation and distribution of fuel thereby shunning errant fuel dealers.

"fuel smuggling syndicate" as if it's some deep sh*t yet you mean 3 local unemployed youths....kkkkk..nxx..

US$0 Harare
Sponono 6 months ago