Zimbabwe Expects To Be Removed From FATF’s Grey List 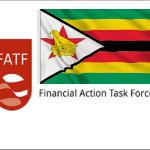 The FATF is an inter-governmental policy-making body of G7 countries whose purpose is to establish international standards, and to develop and promote policies, both at national and international levels, to combat money-laundering and the financing of terrorism.

Zimbabwe is currently on the FATF grey list, which means the country has some deficiencies in its anti-money laundering systems. Said Professor Ncube, while presenting the 2022 National Budget on Thursday:

In the first quarter of 2022, FATF experts are expected to carry out an in-country assessment on the commitment to implementation of necessary policies and measures to combat money laundering, financing of terrorism and proliferation of weapons of mass destruction.

The visit is expected to result in the country’s removal from the list of non-compliant countries, thereby boosting investor confidence and making it easier for local banks to secure new correspondent banking relationships while retaining existing ones.

Zimbabwe was placed on the FATF grey list in October 2019 and now expects that it will be removed from the list when the FATF delegation visits in January 2022.

Reserve Bank of Zimbabwe’s Financial Intelligence Unit director Oliver Chiperesa a fortnight ago said the country needed to craft a comprehensive action plan to be removed from the grey list.

As a result of being greylisted, banks and other financial institutions had to apply extra checks for transactions involving Zimbabwe and other countries on the list.

The extra checks that were being applied involved monitoring of transactions by banks and obliged entities to prevent, detect and disrupt suspicious transactions.