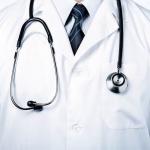 Zimbabwe is engaging the United Nations and other multilateral agencies to help pay the enormous training costs through fair compensation or financial collaboration on the training of health workers as brain drain continues.

If the plan is accepted, Zimbabwe would be on course to recoup some of the millions of dollars it has been spending on training health personnel since independence or be able to train replacements with outside support.

Vice President and Minister of Health and Child Care Dr Constantino Chiwenga laid out the proposals during an interactive meeting with stakeholders in the health sector in Victoria Falls.

The meeting heard that the Health Services Board had already conducted research on the training costs incurred when training professionals who then emigrated, and had prepared a document which was now with the Ministry of Foreign Affairs and International Trade, through which deliberations would be made.

The country spends US$70 000 annually to train a single doctor, bringing the cumulative cost for full training to around US$350 000, money which the Government now wants to recover through various avenues.

The envisaged compensation or other financial arrangements would then be used to help fund the training of more professionals with trainers saying they are willing to tutor more personnel if required resources are available.

Responding to a question from a leading public health researcher from the Health Ministry, Dr Pisirai Ndarukwa, on what the Government was doing to address the brain drain, VP Chiwenga said:

It is a matter we have now opened for discussion with the United Nations because there are regulations to that effect.

We need to discuss, to say we have trained these people. It takes Zimbabwe US$70 000 per year to train a doctor, and multiply that by the number of years the doctor is trained.

Other governments get paid, so we are following up on this matter and we will be following it up with our Ministry of Foreign Affairs.

Dr Ndarukwa thank you for inquiring and pushing us but the matter is already being handled.

Zimbabwe wants a situation where countries recruiting locally trained experts pay something so that all parties involved benefit.

The country is facing a shortage of nurses and doctors and needs around 10 000 doctors to cater for its population as prescribed by World Health Organisation standards.

Since independence, Zimbabwe has trained over 50 000 personnel to work in clinical settings and about 40 percent of them are now employed in countries like the United States, Great Britain, Canada, Australia and South Africa.

Permanent Secretary in the Ministry Air Commodore Dr Jasper Chimedza said it was an investment that is done by the Government, “by taxpayers, so it becomes important that we get compensation.”

this is nothing new baba if you did commerce can you define to me:
what are services? when we say gooda & services are exported

US$0 Harare
MoHCC 4 months ago

@Maseko. I agree with you my friend. Constructive criticism from today. You had facts hako. I must admit and it seems you're a composed debater slow in expressing emotions.

Nurses and doctors enjoy subsidies thru taxpayers money. Weigh the cost of training a doc or nurse in developed country vs Zimbabwe then obviously u get where they are coming from. Endesa mwana wako anoita medicine kuUK ugoona kiti zvakamira sei

@Maseko. I agree with you my friend. Constructive criticism from today. You had facts hako. I must admit and it seems you're a composed debater. It takes more a lot to make you show your emotions. If you consistently use the name. Whoever is counterfeiting will drop off.

There's another story yaitwa added about Drugs something something, let's go debate that one again 🤣🤣🤣🤣🤣🤣on that one I will clobber you again hands down 😂😂😂😂😂

Ndatozvionao kuti you are like one of the many "street professors" in Zimbabwe who have a lot "facts" but go around with portfolio rine zip yakaruza.

I debate with facts not feelings ka.

Sure their financial welfare need to be improved. In this proposal its not like they want to stop brain drain yemadoc and nurses ka. Vakuti we want to recoup our training costs over a certain period of time from those countries period. Do u know its only in Zimbabwe we nurses are trained for free at the same time being salaried, whose money are they being paid whilst getting education for free.Its taxpayers money

Sha, do you really know how much doctors and nurses are getting paid? And do you know that a lot of them are getting payment in sort of incentives by NGOs and what they earn as incentives is what gives a lot of them life itori nani and malocum (extra work in private hospitals, clinics and surgeries)
A general dealer/hustler in town earns more than what a nurse or doctor gets from HSB.

I did read it and critically analysed it. Ndogona kuverenga.
You must analyse and see through the real motive behind someone's intention to employ something.
What's the intention and what caused it to be birthed? And do you know potential consequences?

Also, what's causing the brain drain? Do you think receiving something from destination countries will stop it or if it works you're just going to train more only to release them to the same countries.

WHAT ARE DOING TO PUT A PLUG TO THE BRAIN DRAIN.
Are you just looking for money to enable you to train more or fund other things. MAGOVA MUBEREKI AKUDA KURIRITIRWA HERE.
How many other countries are benefiting from that UN permissible thing. What's the advantages and disadvantages or what you just want is money.
CHECK THE REAL MOTIVES

Why would you just want to block from progressing with their personal lives? Destination countries may also end up not accepting them or deduct from their wages too.
BHADHARAI VASHANDI. GADZIRAI NYIKA CHETE KWETE KUSHUNGURUDZA VANHU EVEN KWAVANOTIZIRAWO. Just hike the fees. Zvikwekwe.

Government is actually the one politicising this because it knows a lot of them are going to the Western World... their enemy. It has a deterrent/hindrance effect on the applications of those who would want to go abroad.

I agree on saying their welfare need to be improved. But on national level we need to cost those surviving on our brain drain no politics at play there. If u politicize everything u miss the point. Its well documented in UN documents

Just hike the fees not to be a tick all through a person's life. Is that what other countries do, even in Africa.

Spend as much energy, dedication and time on how to pay them better salaries and improve their conditions of service. Not to spend unwarranted energy on how to track them and harras them for leaving poor salaries and working conditions.

Unless they're beneficiaries of a FREE EDUCATION system.
These guys don't have children who are working. They don't know how hard parents are working to pay school and tuition fees in Zimbabwe. Their kids have fees paid on taxpayers'money and they don't need to work anywhere because parents have it all for them and set everything up for them even after schools.

When did doctors and nurses started working abroad?.

Nothing gonna be fruitful on this deal.

We're they learning for free starting from primary level until they reached where they are now?.

They say the BRAIN DRAIN, from whom because some did their courses in South Africa and Overseas.

Even if they learnt here in Zim they were paying fees at the UNIVERSITY OF ZIMBABWE AND SOME OTHE ACADEMIC INSTITUTES.

Jealous is a weapon here. People are rushing for greener pastures. This is mixed with politics to sort those who are trying to live a better life by using their hands.

Which country is being paid according to what they are planning to loot.

We are robbed at our homes, shops and etc by unknown people now they want to rob those who are trying to make ends meet and add after putting taxes on beer,cigarrettes and 2% taxed on any transaction made.

When it is land baronage is an additional.

On mines I cannot mention because starting from an illegal miner to the legal ones there are govt bosses, sons and relatives.

If all the wealth comes to you, when are we going to accumulate ours.

If those who are working abroad forced to pay for working out of Zimbabwe then this will also register to vote and vote online whilst abroad.

This is discussed and proven high profile cadres.

They paid for anything before they left the country starting from a passport, visa, and transportation. Then where do you want to be paid?.

IF YOU SAY YOU ARE NOW STARING A SLAVE TRADE, BE OPEN AND GO TO THE POINT.

It will be discussed world wide that Zimbabwe is now selling social workers.

LAST MONTH ANOTHER MINISTER WAS PLANNING TO TAX CELL PHONES TOO.

If we look at your pictures, you have big stomachs that means you are now fully satisfied.

There are some stories that you see that they hurt our hearts.

ZIMBABWE IS THE RICHEST COUNTRY OF THE SOUTHERN AFRICA OR AFRICA AS THE WHOLE.

WHICH COUNTRY IN THE REGION IS USING 5 DIFFERENT CURRENCIES AND ITS CURRENCY AGAIN TO MAKE THEM SIX.
WE HAVE RANDS,METICALS,PULA, NAMIB DOLLARS, AMERICAN DOLLARS, BRITISH POUNDS, ZAMBIAN KWACHA AND ZIMBABWE DOLLARS , ALL THESE IN ONE NATION BUT ALL THESE ARE NOT ENOUGH. IF WELL TRACED SOME OF YOU WILL GET SHY FOUND SLEEPING ON TOP OF MATRESS OF ASSORTED NOTES.

WHY DON'T YOU SELL YOUR SECURITY FORCES?.

THEY WILL ALSO RUN AWAY. NOW MORE THAN 350 TEACHERS ARE TO BE SOLD TO RWANDA BEFORE FEBRUARY.

SOME SOLDIERS ARE IN MOZAMBIQUE

HEY LET'S SIT DOWN AND WATCH WHERE WE ARE GOING.

THIS IS NOT A DEAL, LET'S TRY OTHER DEALS. WE WILL BE DISCUSSED OF SLAVE TRADE.