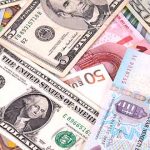 Zimbabwe is considering options of adopting cryptocurrency as a legal payment service and is consulting various stakeholders on the merits of the virtual currency.

Speaking at a Computer Society of Zimbabwe (CSZ) information communication technologies (ICT) Summit that ended in Victoria Falls yesterday, Permanent Secretary and Head of e-government Technology Unit in the Office of the President and Cabinet Brigadier General (Retired) Charles Wekwete said consultations with the private sector are underway.

A cryptocurrency is a medium of exchange, such as the US dollar, but is digital and uses encryption techniques to control the creation of monetary units and to verify the transfer of funds, for example, Bitcoin.

Brig Gen Wekwete said many governments around the world are still not very clear on cryptocurrencies. Said Brig-Gen Wekwete:

Governments are still trying to understand and properly trying to create policies on how to deal with it. In our case, initially we were trying to understand their implication because they are a fundamental departure from previously known financial instruments and there are a lot of fears about cross border movement of funds, money laundering, externalization of funds and illicit flow of funds to fund illicit issues.

So Government has put in place mechanism to try and gather views from various sectors of society in order to eventually formulate policies. There have been pronouncements by Minister of Finance and Reserve Bank of Zimbabwe and it’s such as complex area. Sooner or later Government will make statements but we have not gotten there yet, the consultative process is already underway.

He invited private sector players who have ideas on how best the facility can be handled to make representations to Government.

CSZ president Mr Allen Saruchera said there were many opportunities that are in the cryptocurrency like blockchain and delivery of services adding that security measures need to be put in place first.

The solution is an alternative govt.... even a blind man could see that

Considering how much blundering you have done and still blundering this not for you!