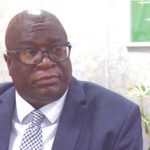 The Zimbabwe Energy Regulatory Authority (ZERA) says the launch of fuel service stations selling the product in local currency is in its preliminary stages.

Currently, fule is being sold exclusively in foreign currency even though the majority of workers including civil servants receive salaries in RTGS dollars.

He said the number of the outlets will increase or decrease based on how the pilot stage pans out. Said Mazambani:

The number may, however, increase or decrease based on how this pilot stage turns out.

Mazambani said measures will be put in place to ensure that service stations that get funds from the central bank to enable them to sell fuel in Zimbabwe dollars do not divert it thereby prejudicing motorists. He added:

The availability of locally priced fuel relies solely on the allocation the service stations get during the RBZ auction of foreign currency.

As ZERA, we have compliance checks and reconciliation exercises to ensure the beneficiaries of this facility do not abuse it and ensure the availability of the locally priced fuel.

Chronicle quoted a source as saying eight stations have been identified to sell fuel in local currency in Bulawayo and Engen is one of them. Said the source:

However, for other stations, the list will be announced in due course as the programme is still being fine-tuned.

It will be improper to identify service stations before all the modalities have been finalised. Some of them have not even received their allocations.

Engen Mzilikazi, Engen North End, Engen Nkulumane and Engen Magwegwe are said to be some of the stations that would be selling fuel in local currency.