ZIFA Tells Affiliates To Disregard The Suspension By SRC 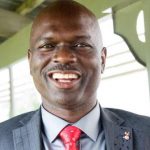 ZIFA has told its affiliates to disregard the suspension by the Sports and Recreation Commission (SRC), arguing that their dismissal is illegal.

In correspondence by their lawyer Chenaimoyo Gumiro, Zifa told criticised some journalists who he accused of “peddling falsehoods”. Reads Gumiro’s letter in part:

… the SRC served Zifa with the suspension letter, which indicated that the executive committee was suspended for conducting itself in a manner contrary to national interest for failure to detail all funds it received from government and from the public from the period December 16-20, 2018, detail all funds disbursed to board members and purpose of disbursement during the same period, provide information regarding the source of income for the charter plane to Cairo (Egypt) and provide information regarding the cost of the charter plane and total costs of accommodation paid by Zifa for the Afcon 2018 tournament.

He added that the action by the SRC is unlawful as due process was not followed and that it constitutes external interference in the administration of ZIFA.

Gumiro added that ZIFA has since advised FIFA of the development and is now awaiting a directive from the international governing body urging “all members and councillors to remain vigilant as we sail through these turbulent times.”

He said ZIFA had noted with concern various media statements peddling falsehoods about the situation prevailing. Further reads the letter:

Most of those falsehoods are emanating from well-known journalists previously found guilty of match-fixing and unscrupulous betting activities. We shall attend to these falsehoods and deal with the bearer of such with the contempt they deserve…

While there are fears that the SRC’s move could result in Zimbabwe being barred from football activities and miss out on next year’s Africa Cup of Nations finals, some football pundits argue that the commission is putting the house in order.

FIFA is yet to issue a statement.

Better be suspended than to cry everyday panotamba mawarriors. Its a waste of resources and time yefans. Go u devils. Never come back. Iwe chilawyer uchatibhowa manj