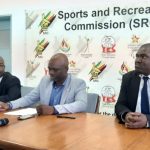 Football experts in the country have expressed concern over the impasse between the Zimbabwe Football Association (ZIFA) and the Sports and Recreation Commission (SRC) saying it will affect the sport in the country.

The ZIFA Board was suspended by the SRC on November 16 for gross incompetence and other charges including mismanagement of funds, lack of accountability in the use of public funds, sexual harassment of female referees and failure to develop football from grassroots.

On December 21, ZIFA received a letter from FIFA directing the SRC to reinstate the ZIFA Board by January 3 or face possible sanctions from the world soccer governing body.

FIFA considers the suspension to be against its statutes, especially Articles 14 and 19 which stipulate that all FIFA member associations are obliged to manage their affairs independently and without undue influence from third parties. Read part of the letter from FIFA:

In such a case, all of Zimbabwean football would suffer the consequences, especially on the eve of the AFCON 2021.

But the SRC says it will only respond once it gets “official” communication from FIFA.

The Warriors are already in Cameroon for the AFCON finals where they are set to open their campaign with a mammoth clash against Senegal on January 10.

Former ZIFA chairperson Rafik Khan, who ran ZIFA between 2004 and 2006, expressed concern about the current impasse between ZIFA and the SRC. Khan told The Sunday Mail Sport:

Let me hasten to say that there is no way an association like ZIFA should not be held accountable by the SRC, the sports governing body. Even FIFA are aware that ZIFA has to be accountable to the SRC, who are the custodian of sport in the country.

The former Premier Soccer League chair believes the SRC could have done its homework before making such a big decision to suspend the ZIFA Board.

Talent scout and former Warriors coach Wieslaw Grabowski wants ZIFA and the SRC to solve this crisis with the help of FIFA adding that the SRC needs to lift the suspension and ask FIFA about the way forward.

George Mbwando, a member of the first group of Warriors to qualify for a maiden AFCON final in 2004, is wary about Zimbabwe’s status at the upcoming finals in Cameroon.

When the zifa thing came into power nothing tangible we have achieved as Zim football all are claims of financial scum .

We will never achieve anything as long as the zifa thing is still on the throne .
The issue of governing something needs someone who has got experienced something before getting into power eg facing different problems in such genres

We will face the same concequences the ccc has faced

SRC- ZIFA SAGA IS CURRENTLY THE HOTTEST CURRENT AFFAIRS IN ZIMBABWE. SPORTS ENTHUSIASTS ARE KEEPING THEIR FINGERS CROSSED FEARING THE SUSPENSION OF ZIFA BY FIFA FROM ALL SOCCER COMPETITIONS.

I WANT TO REGISTER MY SUPPORT FOR SRC. THE CURRENT ZIFA HAS DESTROYED SOCCER IN ZIMBABWE. THEY HAVE ACHIEVED COMPLETELY NOTHING SINCE IT CAME INTO OFFICE.

YES, CAMARADA KAMAMBO'S BOARD IS INCOMPETENT. THERE ARE NO FOOTBALL GRASSROOTS STRUCTURES. THERE ARE NO CLEAR UNDER 17, 20 AND 23 FOOTBALL TRAMS TO TALK ABOUT. WE HAVE COACHES FOR THESE TEAMS, BUT THERE ARE NO TEAMS. THIS SITUATION DOES NOT DEVELOP SOCCER IN ZIMBABWE.

ZIFA DOES NOT OPERATE IN A VACUUM. IT OPERATES IN A COUNTRY WHICH HAS LAWS THAT SHOULD FOLLOWED BY ZIFA AS IT FULFILLS ITS MANDATE FROM FIFA. SRC IS ONE OF THE BIGGEST SOCCER STAKEHOLDERS IN THE COUNTRY.

FIFA SURPRISED ALL SUNDRIES BY AVOIDING COMMUNICATING DIRECTLY WITH SRC, ZIMBABWE GOVERNMENT REPRESENTITIVES IN SPORTS. BY SUCH CONDUCT FIFA IMPLIES THAT THEY DO NOT RECOGNISE ZIMBABWE REPUBLIC AS A STAKEHOLDER IN FOOTBALL.

THE STAND BY FIFA IS SELF DEFEATING. FIFA MUST SPEAK TO THE GOVERNMENT OF ZIMBABWE. OUR COUNTRY IS NOT THE FIRST TO HAVE A TIFF OFF WITH FIFA IN THE WORLD.

I FEEL THAT THIS IS THE TIME TO CLEAN OUR SOCCER ONCE AND FOR ALL IRRESPECTIVE OF CONSEQUENCES FROM FIFA.

BUT WHAT SURPRISES ME IS THE FACT THAT MINISTER OF SPORTS IS MUM. WHAT IS HER INPUT ? WHAT I OBVIOUSLY KNOW IS THAT SRC COULD NOT HAVE DONE THIS WITHOUT HAVING DISCUSSED IT WITH HER.

LET ZIMBABWEANS BRAISE UP FOR WHATEVER CONSEQUENCES WHICH SHALL COME FROM FIFA. BUT WE MUST MAKE SURE THAT WE HAVE TAKEN PROPER STEPS TO ORGANISE OUR SOCCER IN ZIMBABWE.

Report Abuse
Stranger From the Forest 5 months ago

FIFA will definitely to it's duty and ban us