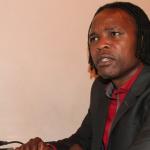 ZIFA presidential aspirant, Alois Bunjira has marvelled at football management in other countries after a picture of Senegalese nationals, Sadio Mane and Eduard Mendy aboard a plane to their country ahead of AFCON finals was posted on social media.

The duo which plays in England for Liverpool (Mane), and Chelsea (Mendy) is set to play Zimbabwe’s Warriors on the 10th of January in their Africa Cup of Nations (AFCON) finals 2021 opening match.

The tournament is hosted by Cameroon.

Commenting on the picture of the duo, Bunjira, who is regarded as one of the best midfielders to wear the Warriors jersey said:

He speaks amid an impasse between the Sports and Recreation Commission (SRC) and the Zimbabwe Football Association after the former suspended the latter over maladministration.
The deadlock has put Zimbabwe’s participation at the AFCON in jeopardy after FIFA, the world football managing board wrote to ZIFA giving  SRC until the 3rd of January (today) to reverse its decision. FIFA warned that failure to do so, “all of Zimbabwean football would suffer the consequences, especially on the eve of the AFCON 2021.”
Meanwhile, the defiant SRC says it will only respond to FIFA when and or if the association writes directly to the commission.

Let SRC do their job. @ndiweni don't just link everything and everyone to ZANU pf . this is soccer not politics. Is there anyone who is happy nezvirikuitwa he zifa . their decision was long overdue. If it means we are suspend for this afcon, let it be.

hey voetsek. We want to go to Afcon,let SRC do their job after Afcon.