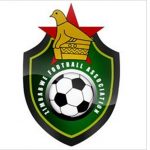 The announcement of the 40-man Warriors provisional squad for next month’s Africa Cup of Nations in Cameroon has been delayed due to the absence of a national team coach after Norman Mapeza’s contract expired at the end of the 2022 World Cup qualifiers.

The Warriors are scheduled to get into camp in Harare on Thursday and then depart for Cameroon on 29 December but the provisional squad is yet to be announced.

Zimbabwe Football Association (ZIFA) general manager for national teams, Wellington Mpandare said they submitted a squad of 40 players to the Confederation of African Football (CAF) some weeks ago. He said:

We will sit down by tomorrow (today) or Monday, come up with a final position on who will be coming into camp on the 23rd.

Mpandare also said they are making efforts to register Prince Dube who was initially not part of the provisional squad since he was injured.

Dube, who plays for Azam in Tanzania, is now back playing for his club after spending considerable time sidelined by injury. Said Mpandare:

We are talking with CAF, I had made a request that we would probably need to add more players because we could not come up with the final 40 because our league was just starting. I think we will be successful in registering him.

Zimbabwe takes on Senegal on 10 January, and then face Malawi on 14 January before they complete their Group B fixtures against Guinea four days later.