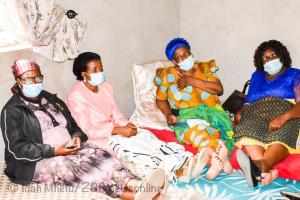 Legendary musician Zexie Manatsa who succumbed to cancer on Thursday has been accorded a State-assisted funeral.

The conferment was announced by the National Arts Council of Zimbabwe director Nicholas Moyo to the family in Westgate, Harare on Friday afternoon.

Zex remains an iconic figure in the music industry whose music career dates back to the colonial days and peaking at the height of our armed liberation struggle.

He contributed immensely to the struggle for our country’s Independence through satirical, poetic compositions.

His songs were always pregnant with messages aimed at inspiring others to focus on the greater good for our society and our great country.

Similarly, he was averse to both political and religious prostitution and encouraged our people to be patriotic and morally upright.

… In the passing of Zexie Manatsa, our country has lost a humble, devout Christian and pastor who will be greatly missed by many of us who knew him from way back in the ’60s and 70s.

YES, ZEXIE WAS A PATRIOTIC ARTIST WHO IS WORTH STATE ASSISTED FUNERAL STATUS.