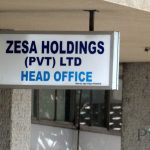 The Zimbabwe Electricity Transmission and Distribution Company (ZETDC), a ZESA Holdings subsidiary responsible for the distribution of power, has signed a US$110 million syndicated loan with continental trade finance bank Afreximbank, the bank said on Friday. The bank said in a statement:

Many electricity users in Zimbabwe are on a post-pay system and rack up large debts, which is bad for ZETDC’s books and hurts its ability to supply power.

Meanwhile, Afreximbank said it had signed financing deals worth another US$78 million with three other Zimbabwean companies – the Central African Building Society, CBZ Bank and ZB Bank – at a trade fair in the South African port city of Durban.