ZESA: Load-shedding Will Be Gone By January 2022 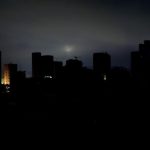 The Zimbabwe Electricity Supply Authority (ZESA) has said it is employing a number of measures to load-shedding that has been upon the nation in recent years.

Addressing journalists and ZESA staff during a media tour of Hwange Power Station on Monday, ZESA board chair Dr Sydney Gata said the country will be spared load shedding starting in January.

ZESA is working on getting imports from Zambia and Mozambique to complement local power generators such as the Kariba Kariba Thermal Power and the Hwange Power station which are being rehabilitated.

The country is generating about 1 400MW against a demand of 1 750MW. Speaking on the power deficit, Gata said:

When I returned to Zesa, one of my first assignments was to end load shedding, but there was the biggest of all problems which was low staff morale. The whole of the first year was devoted to dealing with this as we invested in staff morale boosting. There were about 600 disputes at individual and company level, some going back to 2012, and we have reduced this.

Going forward, I am not saying we are ending load shedding, but come January you will see drastic change coming from improved operations in Hwange and maintenance of the plunge pool, which is nearing end at Kariba and by December we will be finished with it.

He said ZESA owes US$88 million to Cahora Bassa of Mozambique adding that the local power utility will be paying US$60 million in two weeks and get 180MW that should end load shedding.

Gata added that the country has 100 Independent Power Producers (IPP) projects which are mostly renewable that can contribute 300MW to the national grid.

He, however, accused Finance Secretary, George Guvamatanga of refusing to guarantee IPPs deals and unlock their funding.