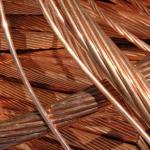 Local power utility, ZESA Holdings, refuted reports that suggest that its employees are involved in the theft of electricity copper cables.

The authority said its employees frequently pick up bodies of people electrocuted while trying to steal electricity and none of the victims has been a ZESA employee.

The arrests and deaths on the lines so far are not of Zesa employees. There are so many people in the country with knowledge of electricity — contractors, students, pensioners, ex-employees, contract workers and thieves who don’t have any special training, but have taken time to understand how to steal.

You may want to know that we pick up corpses under the lines quite frequently. These are people who are enticed to do the dangerous acts, but have no idea of the risks involved. They just want the quick buck.

Chinaka said the thieves were hitting five to seven places every night in Bulawayo.

He added that vandalism has seen the power utility allocating money meant for other initiatives towards the restoration of the stolen equipment.

The company has said it is losing millions annually through theft and vandalism of its infrastructure.

Despite the offence attracting a 10-year jail sentence, Chinaka said this was not deterrent enough.

Home Affairs minister Kazembe Kazembe once told Parliament that his ministry was pushing for the removal of an option of a fine accompanied with a 30-year sentence.

The Bill seeks to provide penalties for the offence of vandalism of utilities through the theft of copper cables and for a requirement for all copper dealers to have a certificate of origin for all the copper they deal in.

At Hope Fountain, our faults are sort of programmed as follows: before, during or after a light or heavy down pour, soon after the repair team has left. In most cases a day before or on day one of each school term( you can conduct your own independent research on this). This happens all the time. I really wonder who the target is??????

Thank you for enlightening us on possible theft & vandalism of Zesa propoperties. At Hope Fountain in Umguza District, we are concerned about the frequent outages & failure by employees to attend to faults timeously. At times a small down pour/slight thunder&/lightning/winds far away may cause an outage that will only be attended after some days/ weeks. We no longer make any reports as there are usually no timeous responses or we are simply advised that the crew on the ground when nothing is actually happening. Those not connected to Zesa live better lives. Our neighbors faults at Douglasdale & Waterford are attended to within minutes/hrs. Mr Chinaka, please intervene. You corrected this some years back. I know it can be done. Thank you in advance.