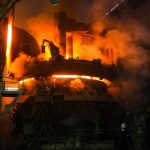 ZESA Holdings has completed the designs for the power transmission system that will see a power line coming from Sherwood near Kwekwe to feed Tsingshan Holdings Group’s two sites constituting the billion-dollar steel project in Chirumhanzu.

Tsingshan signed an agreement with Zimbabwe in 2018 to build a 2-million-tonne per year steel plant.

Dinson Steel, a subsidiary of Tsingshan Holdings, is undertaking the US$1 billion game-changing project.

The project has two sites; one in Chirumhanzu in the Midlands Province, dealing with the smelting of iron ore and another in Chikomba, Mashonaland East Province, responsible mainly for the mining and beneficiation.

ZESA executive chairman Dr Sydney Gata has said the steel plant was a strategic national project and ZESA was committed to ensuring that it succeeds. He said:

It will be the largest customer project and will require up to 500MW in the next two years, which is equivalent to almost a third of today’s consumption in the country.

We need to plan and participate from the very beginning as we are the most important stakeholder. We have completed all the designs for the transmission system, for instance, the line that will come from Sherwood near Kwekwe to supply the two sites that constitute the project.

He added that the project will bring a lot of economic and social benefits in the country, adding that there will be a township and ZESA must supply electricity to the demands of the town and service the population.”

Dinson Steel spokesperson Mr Pardon Kufakunesu said they were happy with the Government’s level of commitment through ZESA and other stakeholders. He said:

This was a forest and we needed temporary power for construction which you see is what we have now,” said Mr Kufakunesu.

What we await is the finalisation of the PPP (purchasing power parity) so that the works can commence.

Apart from the steel project, Tsingshan has completed two high carbon ferrochrome furnaces in Selous, and the construction of a 150 000-tonne coke battery in Hwange.

Both projects were completed in April 2021.