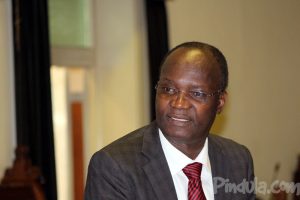 The electoral body started Tuesday the first phase of the registration process for the impending delimitation exercise and is expected to end on 28 February while the second phase is scheduled to run from 11 to 30 April 2022.

Moyo says something is fishy about the registration process particularly considering that the underresourced ZEC is also preparing for by-elections pencilled for the 26th of March. Pindula News presents Moyo’s Twitter messages:

It is common cause that @ZECzim lacks the requisite capacity, resources & disposition to conduct free & fair elections; hence, embarking on a voter registration blitz, and simultaneously running by-elections that are a mini general election, makes a bad situation worse!

Because political parties and civic organizations that normally monitor @ZECzim’s voter registration blitzs will be preoccupied with the by-elections; it is mischievous for ZEC to run the two processes concurrently, one or both will suffer due to lack of adequate monitoring!

Second, @ZECzim’s voter registration blitz raises eyebrows not only because it clashes with by-elections but it’s also happening at a time when likely voters who’ve turned 18 can’t get their National IDs; as govt says it will be ready only end of March, well after the blitz!

Moyo claims ZEC’s postponement of the first phase of the registration in December was the commission’s deliberate move to make sure the process runs concurrently with by-elections “that are a mini general election.”

The former ZANU PF legislator for Tsholotsho said “it is unacceptable that ZEC is unable to detect and stop multiple registrations instantly, when a registered voter tries to register, again.” He added:

After the 2017 coup, China’s Laxton Group, which had supplied BVR kits & designed a matching de-duplication server to detect & block multiple voter registration, lost the de-duplication tender to a US company IPPSIDY, whose system is incompatible with Laxton Group’s design!

He said ZEC, resultantly, literally uses flash sticks to capture BVR data before inputting it to the IPPSIDY server for de-duplication and storage; hence its delay and unreliability.

Moyo turned and criticised some Civic Society Organisations (CSOs) for sponsoring some if not all of the multiple voter registration adding “The blanket denials by CSOs are false and dishonest!” He added:

There is incontrovertible evidence that some CSOs are running voter registration mobilization; and paying between USD20 and USD60 to incentivize prospective voters, aged between 18 and 25 years of age, to register. But everything that can go wrong with such a campaign, has!

He said there was evidence to suggest that some CSOs were in the habit of paying the citizenry to register. He attached an example of a voter registration slip of a person registered for 2018 polls, who in 2021 was paid a USD50 coupon by a CSO.

Yes,I totally agree with you Meph. Set a thief to catch a thief the saying goes.Jonso was a mastermind in these things and was part of the rigging architects during Mugabe's time.At times we need to give him an ear.

Voter registration is nothing without issuing identity cards to new voters

It takes one to know one. Jonso knows about electoral theft because he used to mastermind it. Take his opinions seriously people. The fatigue, disillusionment & lack of opposition political activity due to COVID 19 lockdowns is also a factor dampening efforts at voter registration of newbies...