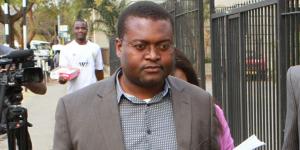 Law expert, Alex Tawanda Magaisa, has said the cancellation of by-elections in some parts of the country is a huge blow for the newly formed Citizens’ Coalition for Change (CCC) led by Nelson Chamisa. The Zimbabwe Electoral Commission (ZEC) said there are no vacancies in the Nkulumane, Mbizo, Kambuzuma, Mutasa South, Pumula and Harare East National Assembly Constituencies constituencies since the recalled officials in concerned areas have been reinstated. Pindula News presents Magaisa’s Twitter thread:

When you are dealing with the system, you must always anticipate its actions. When you see ZANU PF admitting defeat in a litigation it is because it sees an advantage, not weakness in defeat. Some are seeking to understand the legal implications of this ZEC notice issues today.

The notice is that by-elections in 6 constituencies & 1 ward have been cancelled. It’s because a court ordered that there are no vacancies. For months, the affected MPs have been shut out of parliament though they had won their case. The system was frustrating them.

Now, just a day before the Nomination Court, the court makes a ruling in their favour. Since it’s important to call a spade by its proper name, this development doesn’t do CCC any favours at all. To understand it, let me explain how ZANU PF has found advantage in adversity.

All along ZANU PF was happy to frustrate these MPs using legal processes. When ED issued the proclamation for by-elections the affected MPs rightly challenged his move. Now that they won, the system will say the courts are fair. But really ZANU PF is the winner in defeat.

The launch of CCC surprised the system. The by-elections in CCC strongholds are likely to boost its profile and give it momentum. So anything to deflate it will do. That’s why the system is happy to let these 6 constituencies drop out of the race. Why boost your new rival?

The system sees another problem for the new CCC. It is that the 6 MPs will remain in parliament as the PDP element of the old MDC Alliance. Yet, CCC has just launched as a new entity. It will be awkward for CCC having members that are also still identified as MDC Alliance/PDP.

The last thing that CCC needs in these formative stages is any appearance of division. And the system’s propaganda machinery will sing everyday about this circumstance of MPs who carry a different totem even though they are also CCC. They will concoct conspiracies of division.

Worse, because the MPs are part of the 2018 election matrix, Mwonzora will still get public funds based on their presence in Parliament. If by-elections had gone ahead and been won by CCC, that would have changed things and reduced Mwonzora’s funding.

Of course with hindsight the MPs should not have insisted but they weren’t to know that a new party was on the horizon. Could the case have been withdrawn before or on the launch of CCC? Perhaps. And if so, that could have taken the decision away from the court.

As it turned out it is ZANU PF which has discovered in the wake of the popular launch of CCC that it really doesn’t fancy these by-elections and is happy not to have them. CCC which was going to get a big boost now has 6 fewer constituencies than it could have won.

Lesson: moments of euphoria are also moments of vulnerability. Don’t drop your guard. During celebration, the system was plotting how to take the sting out of CCC & it found the perfect gap in the case. Hence ZEC has happily announced the cancellation of the 6 by-elections.

The MPs are at a critical juncture: whether they continue under the MDC Alliance/PDP totem or make a complete break with the past and walk away? One thing for sure, it would have been far better for CCC if these by-elections had gone ahead on 26 March.

If one resigns from a parly seat, are they legible to file for nomination to contest in the subsequent bye election?

Where are people getting this idea that if an MP resigns he or she is barred from contesting?