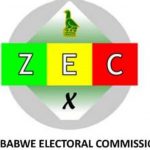 The Zimbabwe Electoral Commission (ZEC) has issued a statement clarifying the reasons behind the postponement of the Mobile Voter Registration process.

The statement is issued after local media reported that the commission apologised for “depriving thousands of prospective first-time voters an opportunity to participate in the upcoming by-elections after it failed to provide adequate and accessible registration centres throughout the country.”

Postponement of Mobile Voter Registration After consultations with other critical players in voter registration, the mobile voter registration exercise pencilled for 06 December 2021 has been postponed to February 2022. The need to uphold inclusivity, which is one of the Commission’s core values, has necessitated this postponement.

This deferment is meant to allow all eligible stakeholders to acquire national identity cards, which are requisite for voter registration.

The period initially slated for the voter registration exercise would have excluded some stakeholders without national identity cards.

The postponement will also give Civil Registry enough time to prepare for issuance of identity documents to a large population within a specified period.

THERE ARE NO IDENTICAL CARDS IN ZIMBABWE !SOME O LEVEL STUDENTS FAILED TO ACCQUIRE ONE YESTER YEAR,THEN WILL THESE TEENS BE ABLE TO GET THEM ID'S THIS MONTH?COME ON YOU ARE ALREADY CHEATING GUYS,FULLSTOP!!!!!