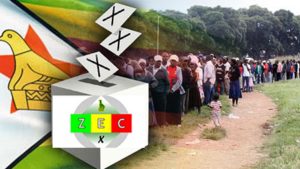 The Zimbabwe Electoral Commission (ZEC) has announced that voter registration will start nationwide this Tuesday. It also said preparations were underway for the March 26 by-elections. The electoral body also spoke about reports saying there was voters’ roll tampering in Chinhoyi. Pindula News presents ZEC’s statement:

The Zimbabwe Electoral Commission wishes to advise the public that the mobile voter registration for the impending delimitation exercise, which was initially pencilled for early December last year, will commence tomorrow, 1 February 2022. As indicated in earlier communication the mobile voter registration exercise will be held in two phases as follows:

The teams are expected to cover a combined total of 2,713 centres during the first phase. This has been done to ensure that the Commission registers as many potential registrants as possible by bringing the voter registration centres close to the people.

Voter education teams who have been deployed in advance will inform prospective registrants of when the registration teams will be in the area and the registration centres where the teams will be operating from. Members of the public are urged to be on the lookout for these voter educators for this information. Members of the public are also urged to listen for information on the radio, television, ZEC social media platforms as these will also be used as mediums to dispatch information on the mobile voter registration exercise.

Phase 2: This will be conducted from 11 to 30 April 2022 and will follow the same modus operandi as the first phase.

It should be noted that this mobile voter registration exercise is not meant for the upcoming by-elections whose voters’ rolls are already closed but for the delimitation exercise expected to be conducted after the national population census. The Commission would like to urge members of public who have been registered before under the Biometric Voter Registration exercise not to register again since their names are already on the voters’ roll. If one is not sure of their registration status, they can check online on bvrinspection@zec.org.zw or on the Commission’s website www.zec.org.zw

Those intending to transfer should inform the voter registration officer of their intention rather than register as new registrants.

Civil Society Organisations and political parties are advised to desist from giving voter registration incentives as this may entice those already on the voters’ roll to register multiple times. Although multiple registrations are eventually picked by the Automated Fingerprint Identification System (AFIS), the practice gives an outward false impression of the actual numbers registered.

ZEC reiterates that for one to qualify for registration he or she must: ■ be a Zimbabwean citizen

• be of or over the age of eighteen years; and –

• be resident in any ward and produces proof of such residency and must present the voter registration officer with the necessary documentation to prove his or her identity and residency, that is:

So far, the Commission has no challenges in the availability of personnel and it is grateful to the Public Service Commission and other statutory bodies for availing the required personnel.

As stated earlier voter educators are already on the ground and they will continue with their exercise up to the end of the first phase of the mobile voter registration exercise on 28 February 2022.

The Commission has presented an estimated budget of ZWL 4.5 billion for the mobile voter registration exercise which Treasury has commenced to fund.

The incessant heavy rains, which have caused flooding in low-lying areas present a potential challenge of personnel and equipment deployment in certain areas for the Commission. Already flooding has been reported in the Chimanimani, Muzarabani, Mudzi, Chipinge, Chikombedzi and Beitbridge areas just to name a few.

Depending on the situation on the ground the voter registration teams have been advised to adjust their itineraries accordingly and re-visit the affected areas once the flooding has receded. The affected communities and other stakeholders will be advised of any such changes.

Note: the safety of all life must be safeguarded at all costs and the electorate as well voter registration teams are advised not to take risks by crossing flooded rivers.

Preparations are on course for the conduct of by-elections on the 26th of March 2022. The estimated budget for the by-election is ZWL 3.7 billion.

All constituencies and wards, with the exception of ward 14 of Umguza Rural District Council, are contested. Ward 3 of Bulawayo Municipality which was initially advertised for the sitting in the nomination court did not sit after the Town clerk notified ZEC of the withdrawal. The Commission will soon be publishing the names of all candidates contesting in the by-elections.

In ward 14 of Umguza RDC Ncube Delay from ZANU PF Party was the only successful candidate to lodge his nomination papers and was duly elected as the councillor for that ward with effect from 26 January 2022.

The Commission has also since received two more vacancies for ward 20 of Chitungwiza Municipality and ward 3 of Gokwe North RDC. The nomination court for the two will sit on 22 February 2022 and polling conducted together with the rest if it becomes necessary. Political parties and candidates are reminded that they are bound by the provisions of the code of conduct which they signed and presented to the Commission along with their nomination papers. Briefly they are reminded to:

• Promote a climate of tolerance in which electioneering activity may take place without fear, coercion, intimidation or reprisals;

• Desist from any conduct that is prohibited in the electoral law, including but not limited to, use of violence or threats of violence, use of hateful language, intimidation, bribery and damage to property.

The Commission has set up an Observers’ Accreditation Committee in line with the provisions of the law. Any person wishing to observe any of the electoral processes that ZEC is currently engaged in is encouraged to apply to the Commission directly through the office of the Chief Elections Officer or indirectly through the office of the appropriate provincial elections officer of the province in which the observers propose to discharge their functions.

Accreditation centres will be set up throughout the country depending on the applications received and location of observers.

Currently, an accreditation centre has been set up in Harare at Belvedere Teacher’s College and another at St Patricks Hotel in Bulawayo.

A media motoring Committee has been set up and a brief of their functions will be given by the Chairperson of the Committee, Commissioner J.L. Kazembe.

Allegations of Voters Roll Tampering for ward 12 of Chinhoyi Municipality

Following reports of alleged tampering with the voters roll for Ward 12 of Chinhoyi Municipality during the nomination process by Mr Dyke Makumbi a Citizens Coalition for Change (CCC) political party candidate for ward 12 Chinhoyi Municipality, ZEC would like to advise stakeholders that we have checked the National voters’ roll and can confirm that Mr Makumbi’s initial nominators, who had inadvertently been recorded as not on the voters roll, were registered to vote in 2018 and are eligible to vote in the forth-coming by-elections and the 2023 General Elections.

ZEC would like to unreservedly apologise to the candidate and the four (4) nominators who are all registered voters. The anomaly arose due to administrative errors which we can confirm have been corrected.

ZEC would like to assure its stakeholders that it will speedily correct any administration errors and sincerely own up and apologise were it has erred.

I WISH TO THANK ZEC FOR QUICKLY INVESTIGATING THE MAKUMBI CASE OF CHINHOYI AND OWNING UP TO THEIR MISTAKE.

MY WORRY IS HOW MANY CASES OF DYKE MAKUMBI DO WE HAVE COUNTRYWIDE ?

VOTERS ARE FEARFUL THAT THIS INCIDENT COULD BE COUNTRYWIDE.

Ma errors no this time