ZEC Cancels By-elections In Some Parts Of The Country 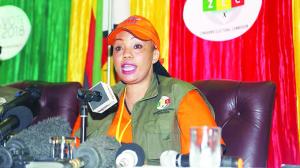 The Zimbabwe Electoral Commission (ZEC) has announced the cancellation of by-elections in some parts of the country citing pending court proceedings.

Rukanda argued that he was the secretary-general of the PDP formed by Tendai Biti, therefore, had the authority to recall the five legislators whom he accused of ceasing to be party members. Pindula News previously reported that the recalled legislators had challenged the recall at the courts. We present ZEC’s announcement:

IT is hereby notified that, following a court order issued in the case of Kucacai Ivumile Phulu and 6 others vs Benjamin Rukanda and 7 others, Case No HCH 106/22, there exists no vacancies in Nkulumane, Mbizo, Kambuzuma, Mutasa South, Pumula and Harare East National Assembly Constituencies. The Proclamation calling for by-elections issued by His Excellency the President in terms of Statutory Instrument 1 of 2022 on 6 January 2022 is accordingly amended.

By-elections are scheduled to be held on the 26th of March 2022.