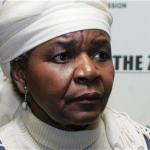 The Zimbabwe Electoral Commission (ZEC) Sunday admitted that it had deprived thousands of prospective first-time voters an opportunity to participate in the upcoming by-elections after it failed to provide adequate and accessible registration centres throughout the country.

ZEC has already closed the voters’ roll for the by-elections slated for March 26 this year.

ZEC spokesperson Joyce Kazembe Sunday told NewsDay that the electoral management body had realised that several people failed to register to vote due to the inaccessibility of its 72 district centres.

She said as the country prepared for the 2023 general elections, ZEC would roll out 9 000 biometric voter registration kits to ensure that people travel short distances to registration centres. Kazembe said:

We know that there are some who stay far from the district offices who may not be able to easily access the registration centres, but for now, we are abiding by the law. But we are sorry. We apologise.

However, the registration process is still ongoing for other elections other than the by-elections. We have 9 000 biometric voters’ registration kits that we will roll out throughout the country to ensure complete accessibility of the registration service.

Constitutional lawyer Lovemore Madhuku said some provisions of the Electoral Act also deprived a significant number of people of the opportunity to vote; hence the need to amend the legislation. He added:

The Act states that the voters’ roll closes when the local authority vacancy arises, but would the electorate know that very well? In this election, an individual may be able to vote for the National Assembly member, but fail to vote for the councillor. There are some citizens who develop the interest to vote only when there is a proclamation. Every reasonable democracy allows them to vote. There is also a need for training of civic society on the key constitutional dictates of the electoral process so that they provide the necessary essential information to the people.

The electoral management body recently attracted the wrath of the public after it gave two different figures regarding the number of first-time voters it registered last year.

Initially, it said only 2 000 had registered as first-time voters throughout the year, but later revised the figure to 2 951 and both were lower than 9 000 which the Project Vote 263, a local civic group claimed to have assisted to register.

ZEC was also criticised by civic groups after it initially indicated that 22 000 deceased voters would be removed from the voters’ roll, before bumping up the figure to 35 085.

ZEC ita maserious sha, Zanu is getting out of hands

Negligence,incompetence and waste of taxpayers money.Zec be serious we are fed with Zanu Pf