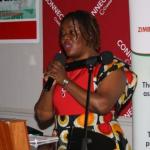 The Zimbabwe Congress of Trade Unions (ZCTU) has said the government’s move to pay workers’ bonuses in United States dollars was an admission that salaries are not enough.

The labour union welcomed the gesture noting, however, that the move was not sustainable. Said ZCTU in a statement:

While we welcome the noble gesture by the government to alleviate the meagre salaries by paying bonuses in USD, the ZCTU is of the firm view that this is a temporary measure void of addressing the issue of low salaries. The gesture to pay bonuses in USD by the government is an indirect admission that the current wages and salaries are worthless hence the need for a holistic approach to the challenge. As a labour body, we believe in long-term and permanent solutions to problems and the only inescapable solution is for the government and all employers to pay salaries and other benefits in United States Dollars.

ZCTU added that Statutory 33 of 2019 which converted USD-denominated salaries to the local currency distorted workers’ wages, therefore, the government must restore the pre-October 2018 salaries.

The labour union also said Zimbabwe had dollarised at the backdrop of the failure of the local currency hence the need to pay salaries in United States Dollars.

ZCTU called upon the government and other employers to address workers’ grievances adding that the union would not hesitate to pursue other alternatives to get a response.

Can you imagine housing allowance its 2000 so is transport allowance.Unoiwanepy imba ye2000bond