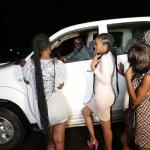 During cross-examination, Freddy’s defence counsel said Makuti consented to intimacy and demanded sex from the preacher.

The nude pictures, audio and text messages were produced in court and the defence counsel said the mobile number used to send the audios belongs to Makuti.

However, Makuti said she was not the one in possession of the phone at the material time.

Freddy is being represented by Everson Chatambudza and Jivas Mudimu.

The lawyers asked Makuti why she was sending audios asking for a kiss and sex from Freddy.

Makuti denied the allegations saying she never sent nude pictures to Freddy but they were taken from her phone. She said:

I know the picture and it was taken by my husband while I was bathing. As for the other pictures, I don’t know. [It] was taken when my husband was alive and we were in Nyanga.

You pple are lyk Papers being blown by the wind . Today you say T.Freddy must go to jail . Tomorrow Ruru is a Bitch . Why pass judgement without facts . If you be elected in a jury every suspect wouLd be sentenced . Why not wait till both parties submit all their evidence .bomboklat.

There was every reason for ruru the bitch to report, remember she is facing blackmailing charges from Freddy the womeniser aka gumbura the 2nd

Sister Ruru u disappointed us. You betrayed us your loving listener. I admired you liked your programme Chipo unacho chepaRadio. But izvi zvonyadzisa my sister.

Zimbabweans think a prophet is someone who is holy... someone perfect..that is never true...Adam is e only man who used to walk with God buh he sinned...what more of a human who was born of a woman??
When it comes to adultery- only 1% is clean.Relationship of a man n God be terminated because of a sin-we sin daily n God forgives.

The case u pointing is totally different with this one...you just being emotional nje...this is a court case not a biblical case...in court cases we don't talk about sins..you are also insulting, that's a sin nje... just because you are hiding behind your mobicel does mean you're moral uptight.

THOSE OF MY COLLEAGUES, LAST WEEK I SAID THIS RAPE CASE WAS 50/50.

LAST WEEK RUTENDO MAKORE, IN HER EVIDENCE IN CHIEF PRODUCED AUDIOS. PROPHET T FREDDY TOLD THE COURT THAT HE HAD CONSEQUENTIAL INTERCOURSE WITH RUTENDO MAKUTI. THE COMPLAINANT SAID THAT THEY WERE NOT IN LOVE. THE SEXUAL INTERCOURSE THEY HAD WAS ENFORCED ON HER.

YESTERDAY PROPHET T FREDDY PRODUCED NUDE PICTURES, AUDIOS AND SMS TO PROVED THAT THEY WERE IN LOVE.

RUTENDO ADMITTED THAT THE NUDE PICTURE WERE SENT FROM HER PHONE, BUT SHE DID NOT SENT THE PICTURES. SHE FAILED TO TELL THE COURT THE PERSON WHO COULD COULD HAVE SENT THEM.

BEFORE THE ALMIGHTY, PROPHET T FREDDY SINNED. THERE IS NO DOUBT ABOUT IT. HE EVEN WENT FURTHER AND TOLD HIS CONGREGANTS THE TRUTH AND NOTHING ELSE BUT THE TRUTH THAT HE HAD HAD SEXUAL RELATIONSHIP WITH RUTENDO MAKUTI.

THEREFORE THAT NOW LEAVES US FOCUSING ON THE COURT CASE WHICH I NOW SAY IT IS TILTING IN FAVOUR OF THE PROPHET.

WE ALL AWAIT TO HEAR THE JUDGEMENT.

Reply
The Servant of Jesus 1 week, 1 day ago

Greetings in the name of Yeshua Hamashaich,Emmanuel,the Great Jesus Christ the Son of Elohim,Yahweh the Great GOD.Shalom.
Exodus 20v14."You shall not commit adultery.
Matthew 24vs11" Then many false prophets will rise up and deceive many.
12."And because of lawlessness will abound,the love of many will grow cold.

Romans 1vs 21.Because, although they knew God,they did not glorify him as GOD,nor were thankful,but became futile in their thoughts,and their foolish hearts were darkened.
22.Proffessing to be wise,they became fools,
23 And changed the glory of the incorruptible God into the an image made like corruptible man-and birds and four-footed animals and creeping things.
24 Therefore God also gave them up to uncleanness,in the lusts of their hearts,to dishonor their bodies among themselves,
Romans 6v23 For the wages of sin is Death,but Gift of GOD is eternal life in Christ JESUS OUR LORD.

AMEN PEACE BE UPON YOU BLESSED SERVANTS.