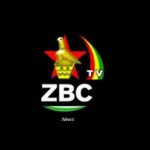 The Zimbabwe Broadcasting Corporation (ZBC) has entered into a landmark deal with a Tanzanian-headquartered and pan African satellite television company Azam TV.

The Broadcasting Authority of Zimbabwe (BAZ) announced in October last year that it had licensed Azam which was expected to begin broadcasting by end of the year 2021.

There were reports that the new service provider also planned to have the Zimpapers Television Network (ZTN) on its roster.

Meanwhile, ZBC reports that Azam TV is set to launch its services in Zimbabwe this month.

We are excited that ZBC  will feature on AZAM TV which is going to debut this month and our channel is already on their platform. Out 24 hour news channel is also going to feature as well as our music channel Jive TV and that is going to buttress our transformation as a broadcasting company.

Its 130 channels is a mix of drama, entertainment, sports, news, music and documentaries.

This comes amid calls for enhanced media reforms in the country.

Poor zbc talks of chimurenga as if we eat chimurenga