ZAPU Not Stuck In The Past - Nkomo 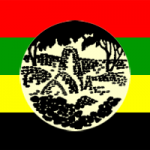 ZAPU president Sibangilizwe Nkomo has scoffed at the view that the party has no supporters and is stuck in the past.

Nkomo, who is a son to the late Vice President Joshua Nkomo, made the comments at an event held to celebrate the party’s 60th anniversary, recently.

ZAPU was launched on 17 December 1961 under the late VP Nkomo and is the oldest political party in Zimbabwe.

The party was revived in recent years after some members grew disillusioned with the Unity Accord signed with ZANU in 1987 which resulted in the merging of the two parties. said Nkomo:

There is no doubt that there is no party with a past as glorious as that of ZAPU.

We have a rich history and that history is a serious heritage for our people.

Some will tell us that we are stuck in the past when we tell the story of ZAPU.

It is not that we are stuck, we cannot afford to be.

Nkomo asserted that ZAPU would continue celebrating its past without shame. He said:

Had they (ZANU PF) not been jealous, they would not have confiscated our archives.

They would not be embellishing their own history and they would not use the State media to tell a one-sided story of Zimbabwe.

In the 1980s, the Government confiscated properties and records belonging to ZIPRA, the military wing of ZAPU, after accusing the party of plotting an insurrection.

U Dabengwa ubelobugwala kakhulu he should have gave others a chance to lead. Uyo ariku bigger zanu achoona kuti kazanu kaoora ako

Aaa! Chief unless if we divide the country

I know our history well. We're the liberators of this land.. ZAPU yiyo ezabusa 2028

US$0 Harare
Luck more 5 months ago