ZANU PF Bans Use Of Cellphones In High-profile Meetings 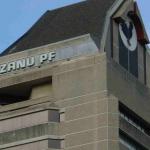 ZANU PF has banned its members from using cellphones during meetings in a move meant to prevent the leaking of confidential information.

In a confidential memorandum leaked to the media, ZANU PF national secretary for security Lovemore Matuke said the sharing of information from meetings by dissenting members is destructive to the party. Said Matuke:

The National Security Department has noted with concern, the abuse of cell phones by members during Provincial Coordinating Committee meetings in all Provinces resulting in leakages of meetings’ proceedings to the unauthorised public.

These leakages have resulted in dissenting among members and immature spreading of information which is destructive to the party.

The foregoing has caused the National Security Department to immediately stop the usage of mobile phones during such high-profile meetings as the PCCs.

It is prudent and preferable to ensure that no cell phones are allowed into the venue of the meeting.