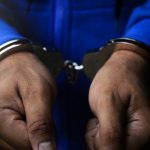 The Zimbabwe Anti-Corruption Commission (ZACC) has arrested Murehwa Rural District Council CEO, Alois Gurajena, after he was implicated in a corruption scandal.

According to ZACC, Gurajena ignored standard procedure in subdividing a farm in his area and parcelling out residential stands to home seekers. A statement released ZACC Thursday reads:

The Zimbabwe Anti-Corruption Commission (ZACC) has arrested the Chief Executive Officer of Murewa Rural District Council, Alois Gurajena (48), for Criminal Abuse of Duty after he unprocedurally subdivided a farm and allocated stands to home seekers.

According to ZACC, in 2003, Train Farm was leased to Moses Sewera for agricultural purposes and has been utilised for that purpose since then.

Gurajena subdivided the farm and allocated stands to home seekers without following the laid down procedures which state that when a farm is to be converted from farming activities to urban development, the Ministry of Lands formerly hands over the farm to the Ministry of Local Government.

The Local Government Ministry in turn hands over the farm to the Local authority for initiation of processes to convert it into urban development following laid down procedures.