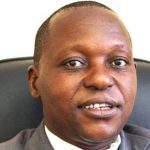 The councillors allegedly connived to pass a resolution to by-pass stipulated Government tender procedures, prejudicing the local authority of $1.3 million.

ZACC spokesperson Commissioner John Makamure confirmed the arrests made on Tuesday night on charges of criminal abuse of duty. He said:

The accused persons working in connivance passed a resolution to bypass the Procurement Act, the resolution was then used to handpick lawyers Mugiya and Muchadehama who then offered legal services worth $1 300 000 ignoring procurement thresholds and tendering process thereby showing favour to the handpicked lawyers.

That is a notable work thumbs up guys vanhu ngavabatwe pindai even to the ruling party nyika inake. Can you update us on the issue ya Ezra Chadzamira pliz now is allegedly causing havoc or involved in the issue of MDC alliance attack in masvingo