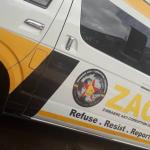 A top Anglican cleric in Manicaland Province was this week arrested by the Zimbabwe Anti-Corruption Commission (ZACC) on corruption allegations.

Anglican Diocese of Manicaland bishop, Eric Ruwona, members of the church’s standing committee, and four principals were arrested for collecting unsanctioned levies from their schools.

They were each granted $60 000 bail, and ordered to report once every Friday at CID Mutare, and not to interfere with State witnesses.

Mutare District Area public prosecutor, Tirivanhu Mutyasira told the court that the suspects resolved that parents and guardians of pupils were to pay a pre-conditional mission fund of US$500 for Form One, and US$900 for Form Five pupils before they could be enrolled in the Anglican Diocese schools.

He said there was no option of payment plan for the mission funds as it was supposed to be paid once-off.

As a result, the court heard, the parents and guardians were forced to pay US$276 250 at the five schools as mission funds.

The respective school principals were also dragged to court for demanding and collecting the mission funds.

They were granted $40 000 bail each with reporting conditions.

The cases will go for trial on 4 November, and the State is in possession of receipts that were issued to the parents after paying the unauthorised mission funds.

Those who paid the pre-conditional mission funds were duly given offer letters which will be produced in court as well as evidence.

Reply Report Abuse
A 7 months ago

ZACC is at work. Becareful. You will be arrested. Kkkkkkk. Viva ZACC Viva.

IF YOU WANT TO FEEL WEIGHT OF CORRUPTION, JUST PRACTICE CORRUPTION AND YOU WILL ENJOY THE WEIGHT OF ZACC

Pretending to be a man of God yet you are the THIEVES. You will see fire. ZACC does not hesitate to do it's work unless if you are doing your job very well.

ZACC is at work. Becareful. You will be arrested. Kkkkkkk. Viva ZACC Viva.