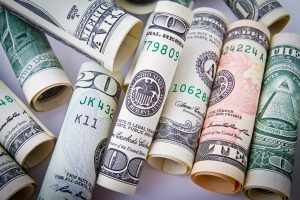 The Zimbabwe Anti-Corruption Commission (ZACC) has accused parastatals and state enterprises bosses of abusing public funds under the pretext of donations.

ZACC deputy chairperson Kuziva Murapa made the disclosures Saturday but did not divulge the extent of economic damage stemming from the plunder.

But an auditor-general (AG)’s report exposed how a state agency was forced to fund election campaigns for an influential ruling ZANU PF bigwig.

Murapa said ZACC was worried that the AG’s recommendations for State firms to make follow-ups on undelivered goods had been ignored.

Speaking during the inaugural accounting and financial reporting seminar for independent commissions in Nyanga, Murapa said:

(The) auditor-general’s reports are replete with cases of flagrant abuse of public funds under the pretext of donations where public entities made numerous payments towards activities that were totally out of sync with the institutions’ line of operations.

As ZACC, we have received cases of such shameless abuse of public funds some of which are before the courts. Little or no action had been taken by the concerned institutions to preempt repetition of such activities in line with the auditor-general’s recommendations. Zacc would like to call on Parliament to unreservedly stamp its authority and use its powers to cause sanction to those found not upholding the principles related to use of and accounting for public funds.

He added that poor or lack of controls in public institutions has been a recurrent issue in Auditor-General’s reports thereby creating a ready opportunity for public officials to engage in acts of corruption, fraud, theft, money-laundering and other offences.

Parastatals used to contribute about 40% to the country’s gross domestic (GDP) during the 1990s but Finance Minister, Professor Mthuli Ncube said their contribution to GDP had slowed to about 12% in 2020.

@Jombo wakunyepa how can yu say every1 is at fault. Are we all in managerial positions these guys hv failed to deliver.

In Zimbabwe everyone is at fault.... Somewhere somehow