"You Will Die For Nothing", Binga Journalist Threatened For Exposing Chinese Firm 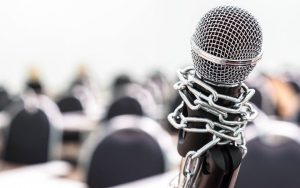 A Binga based journalist, Mujopeni Mudimba, has allegedly been receiving death threats from unknown people after he wrote a story about the displacement of villagers by a Chinese miner in the district.

The Chinese company has been granted authority by the government to mine coal in that area.

Mudimba was reportedly threatened over a story he wrote on the eviction of villagers in Ward 12 by the Chinese company.

According to the station manager, Bbaido Ndhlovu, Mudimba was threatened by an unknown person, who called him twice using a private number.

The unknown caller reportedly warned Mudimba that he would rot in jail and also “die for nothing” if he continues writing stories relating to the evictions.

The Media Institute of Southern Africa (Misa Zimbabwe) on Tuesday condemned the harassment of the journalist. It said:

Misa Zimbabwe strongly condemns any forms of media violations including threats and harassment of journalists.

Through its watchdog role, the media is allowed to voice and disseminate information on the concerns of communities in which they operate.

Misa Zimbabwe, therefore, urges any persons aggrieved with a story published by any media institution or media practitioner, to approach the Voluntary Media Council of Zimbabwe or the Zimbabwe Media Commission for adjudication and redress.

I would understand if we were being oppressed by the whites, not by a fellow brother. The Whites were evil but Zanu is the Devil. Being Liberated from the White Oppresser just to be delivered into the hands of Zanu and Chinese Abusers.

#Gidza,I think u didn't get me..am not talking abt reporting buh speaking just e Britons taught us their language,the Chinese are bound to do so...in future tenders,employees might b forced to learn Mandarin so that they get instructions EASIER

Point taken my brother, thanks.

Report Abuse
The Terraces 5 months ago

It seems Chinese are taking over e country,a bit by bit everyone will b speaking in Mandarin...

In fact no one is allowed to speak, in whatever language.