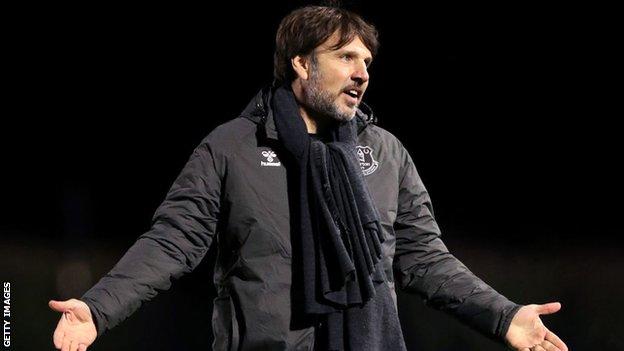 The Frenchman leaves Everton 10th in the table, seven points above bottom side Birmingham City.

Several members of the playing squad were unhappy during Vasseur's time at the club and Everton were disappointed by recent results.

The Toffees have placed Chris Roberts and Claire Ditchburn in charge on an interim basis.

Everton finished fifth last season, winning nine of their 22 games, but they have managed only three wins in 11 matches so far this term.

They had been aiming to close the gap on the top three and secure qualification for the Champions League - a competition Vasseur won with Lyon.

Former boss Kirk is still without a job since his departure, with the Toffees eighth in the table at that time.

Sarvar Ismailov, the former director who appointed Vasseur, stood down on 2 November for "personal and health reasons".