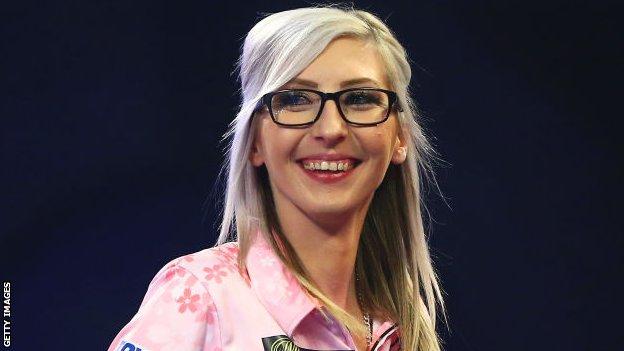 The Professional Darts Corporation will stage its first televised women's event in Blackpool on 24 July.

Qualification will be based on prize money won during the year's opening 12 PDC Women's Series events.

The tournament, which will take place over one afternoon session, is to be broadcast on Sky Sports.

"We have expanded our commitment to women's darts in recent years following the introduction of the PDC Women's Series, and we feel that the time is right to give these players a televised tournament," said PDC chief executive Matt Porter.

Fallon Sherrock, who became the first woman to win a match at the PDC World Championship in 2019, took to social media to say the event "is amazing for the ladies game".

"It would be amazing to play on that stage if I qualify," she tweeted.

At the same time, the PDC this year increased prize money on the professional darts circuit to more than £15m. The World Matchplay alone has a prize fund of £800,000.