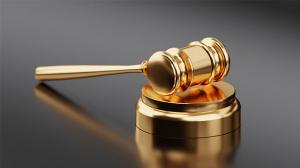 A woman from Tsholotsho who was recently arrested for killing her newborn baby will not go to prison but perform community service (unpaid work).

Trasia Mathe (35), from Mhlatshwa Line, Tsholotsho, Matabeleland North Province, murdered the infant to conceal her infidelity from her husband, who is based in South Africa.

She appeared before Tsholotsho resident magistrate Victor Mpofu charged with infanticide as defined in Section 48 (1) (a) of the Criminal Law (Codification and Reform) Act Chapter 9:23.

The magistrate initially slapped Mathe with 30 months’ imprisonment of which six months were suspended for 5 years on condition of good behaviour.

The remaining 24 months were, however, suspended on condition that she completes 480 hours of community service.

Prosecutor Tarisai Mukokoro told the court that sometime in March 2021, Mathe was impregnated by her boyfriend while her husband was in South Africa.

She allegedly hid the pregnancy to save her marriage and did not seek any medical attention.

The State further alleged that on 1 December 2021, and at around 4 am Mathe experienced labour pains and gave birth to a baby girl.

She then strangled the newly born baby to death and went on to bury her in a shallow grave in her garden.

Police were tipped off of the incident and launched investigations leading to Mathe’s arrest.

Upon her arrest, Mathe led the police to her garden where she had buried the baby.

The remains of the baby were exhumed and taken to Tsholotsho Hospital for a post-mortem.

Thou shall not kill.

S/he loves me who keeps my commandments ☝🏿

This judge might probably be the boyfriend, community service for taking a life... A slap to the justice system

That judgement is too lenient.Just imagine taking someone's life as simple as that.That won't deter would be offenders.

The judgement is too lenient, it doesn't desist whod be offenders from commiting the same crime.

Community service for killing an infant? That's a slap on the wrist