Woman Storms Out Of Church And Kills Herself 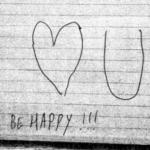 A 40-year-old member of the End Time Church in Chipinge on Sunday last week stormed out of a church service and killed herself because she was tired of staying with an unemployed and broke husband.

Precious Mushunje’s body was found a few metres from the church’s premises at Chipinge Government Farm after a search by her husband, Edwin Chikwanha (54) and fellow church members.

She left a suicide note revealing that she was living a stressful life because her husband who was unemployed was not helping her with anything.

Mushunje of medium-density area of Chipinge left home proceeding to a church service at End Time Church near her residence.

Around midday, her son realised that her mother had stormed out of the church and tried to locate her without any joy.

He informed his father, Mr Edwin Chikwanha (54) who proceeded to make a report at Chipinge Police Station.

Searches were done with the help of church members before she was found lying dead a few metres away from the church premises.

A suicide note was recovered near her body and it stated that she was not happy because her husband was broke and unemployed.

Mangundu urged members of the public to seek counselling services whenever they are depressed with something.

😁maybe she had issues other than yekuti ther husband was unemployed

Report Abuse
The Nerd 5 months ago

It's very sad to read about this great loss. The death of one person is one too many and our hearts go out to the bereaved. It could be that she sought counsel but not always from the right people. Words from friends like "ini mai vemwana ndirini handigarire zvakadaro" can set off a downward spiral. Unemployment on the part of the husband is never a justification for suicide. Also,the so-called "good old days" are behind us and to keep thinking of them is unwise--Ecclesiastes 7:10

Taking your own life is the worst decision one should ever make? Now the husband and children are in a worse situation than ever before. Let's learn to seek counseling from people within your family when you have challenges in your life.

Dont put your mind much on eathly things ... church elders musangonakidzwa nekuungana kwevanhu muchi expecter ma offerings ..take time to sit down with the congregants counselling them with the truth of the word of god